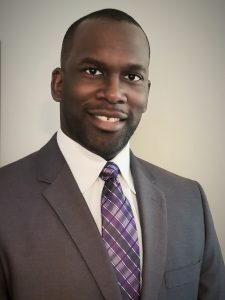 Charles Wright received his bachelor’s degree in mechanical engineering from the Georgia Institute of Technology. Upon graduating, he began his career as a process engineer for a consumer packaging company in the aluminum and plastic industries. He quickly moved up through the organization eventually managing two different manufacturing facilities before becoming the global director of purchasing for the organization. After that, he worked in the nonprofit world, joining Goodwill as the Director of Purchasing. Currently, he is the Vice President of Sourcing Services for SpendBridge.

Originally from Louisville, KY, Charles and his wife Karen have been married for 21 years and have two daughters Jaila (18) and Hannah (16). He serves as an elder at his church and is currently in seminary pursuing a Masters in Divinity.