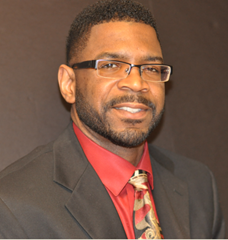 George has worked for nearly 20 years at Allison Transmission, the world’s largest manufacturer of fully automatic transmissions for medium- and heavy-duty commercial vehicles. Working in Product Engineering, Embedded Controls Hardware, his roles include, Supervisor of Electrical System, Electromagnetic Compatibility Expert, and Problem Solving Electrical Lead for Kepner-Tregoe, Red-X, and Six Sigma Green Belt Projects. In these roles, he developed hardware requirements that led to integrated Allison systems performing to the highest quality in their history. He received a CEO Award for Outstanding Achievement in 2015.

George is dedicated to serving those communities that don’t have a voice. George is a MEPI Lead facilitator for the ninth grade and volunteers for various other STEM activities. He created Loving wells, a charity foundation that focuses on self-worth and dignity.

George has ventured into several business opportunities. He is the owner of Mimms Tax Service, and has served his clients for over 27 years. He also owns business properties that are purposed for Airbnb, and shops. The shops are homes for photographers, cosmetologist, café specialist, tattoo artist, and event space.