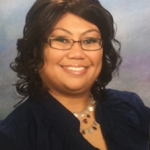 Marilyn is a member of the American Honda Motor Co. Regional Inclusion and Diversity team. In this role, she is responsible for creating and executing strategy related to Inclusion and Diversity, while supporting Corporate Social Responsibility (CSR) in the areas of Diversity Communications, Community Relations, Grants and Sponsorships/Partnerships. Marilyn assumed this role in June 2020.

Marilyn began her career at Honda in Marysville, OH in June 2000 as a Mass Production Supplier Parts Quality Engineer. In 2007, she was assigned to support the startup of Honda’s newest plant in Greensburg, IN.

At the Indiana Auto Plant (IAP), Marilyn developed the Purchasing Mass Production Parts Quality Team. She moved to the New Model Parts Quality and Delivery Team, where she worked with suppliers to develop parts for future Honda Civic, CR-V, and Insight models before being assigned as the Quality Special Project Leader for the all-new 2016 Civic.

Prior to being named IAP’s Inclusion and Diversity Lead, Marilyn was the New Model Quality Unit Manager.

Marilyn earned her Bachelor of Science in Engineering Management in 1996 from Purdue University – West Lafayette campus.

Marilyn was also a founding member of Honda’s first African American Business Resource Group, where she served six years as the Secretary. She is also a member of the National Society of Black Engineers, Society of Women Engineers and Society of Automotive Engineers.

Marilyn lives in Indianapolis with her husband, Kevin